News > Expert comment > A military coup in Myanmar – Back to square one? 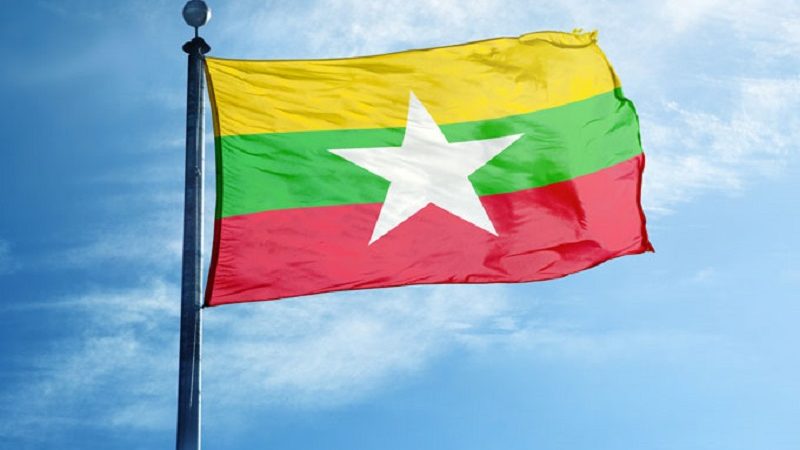 Dr Soeren Keil looks at the recent events in Myanmar and what happens now following the military coup.

After weeks of tensions between Myanmar’s democratic government, led by Nobel Peace Laureate Aung San Suu Kyi, and the country’s influential military, also known as the Tatmadaw, a military coup occurred in the early hours of 1st of February 2021.

Suu Kyi and leading politicians of her National League for Democracy (NLD) party were arrested, and a 1-year state of emergency was declared, with all executive, legislative and judicial power transferred to the Commander in Chief of the Defence Services, Senior General Min Aung Hlaing.

The new acting President, Myint Swe, a former Tatmadaw General, announced that this intervention was necessary, as widespread electoral fraud in November’s general elections was ignored and dismissed by the Union Election Commission and might threaten the sovereignty of the people.

It seems as if history is repeating itself. Those of us that have studied Myanmar politics for a while, will be reminded of General Ne Win’s words, when he staged a coup in 1962 in the country then known as Burma, also because he saw democracy as a source of instability and a danger for the sovereignty of the people and the territorial integrity of the state. Likewise, when in 1988 as a result of widespread protests Ne Win stepped down and hope for democratic reforms emerged, a new coup by the Tatmadaw once again was justified with the need for stability, law and order. So the words from the acting President and the Tatmadaw sound all too familiar and are very much in line with justifications of military interventions in the past.

While Myanmar has changed since 1962 and 1988, no technological revolution and economic upturn could prevent this military take-over. In my many trips to the country since 2016, it seemed to me ever-more unlikely that such as coup would take place, too many people (including senior military figures) had benefitted from the opening since 2010, from the slow democratic progress and the substantial economic growth that followed the first elections that followed decades of military rule. Yet, while 2010 was a watershed for the transferral of powers to a civilian government, and 2015 saw the NLD come to power in a landslide victory (they did not participate in the 2010 elections), 2021 will be another critical juncture for Myanmar as a country, and those of us promoting democracy, federalism and peace.

While the dust still settles over what is happening in Myanmar right now, a number of issues have already become obvious. First, this is not a short-term intervention. There is no guarantee that the military will hand over power in 12 months, and what the system will look like then, and which parties might be allowed to stand in new elections is, at the moment, anyone’s guess.

Second, this is a real blow for the democratic progress in the country. Indeed, since 2010, there has been an unseen opening, and one could openly speak about human rights, about the problems related to military influence on politics, and about the need for wider societal reconciliation and democratization. All of these achievements risk being abolished and undone in the weeks and months to come.

Third, despite the condemnation from the EU, the USA, Australia and Japan, there will be no international intervention. China is too powerful as a regional actor, and while its reaction focused on stability rather than condemnation, it has proven in the past that it is happy dealing with the Generals.

Fourth, a real question mark now hangs over the constitutional future of the country. While the military was quick to justify its intervention according to Article 417 of the Constitution, which allows for the declaration of a state of emergency and the transferral of powers to the Commander-in-Chief, most domestic and international constitutional experts have rebutted this justification. Indeed, according to the Article, only the President can declare a state of emergency, and only under specific circumstances.

With the President arrested by the Tatmadaw, and none of the specific circumstances met (such as a threat to territorial integrity or national solidarity), both the process and the substance of the Tatmadaw’s justification seem highly problematic. In fact, most Myanmar experts such as Andrew Harding and Melissa Crouch have clearly stated that this coup is in fact unconstitutional. If this is the case, and if this is the route the Tatmadaw were to choose, then supposedly they would eventually want to work on a new constitution, a process which might lead to many more years of military rule, as it took 18 years for the last constitution to be written.

Right now, I am worried about friends and colleagues in the country. Reports suggest that not only leading politicians but also some civil society activists have been arrested or put under house arrest. Cuts to the internet and mobile networks around the capital Nay Pyi Taw and Yangon make it harder to verify information and follow the latest developments. The hastag #prayformyanmar has become popular on Twitter and Facebook. This is a dark day for democracy, and it is a dark day for Myanmar, this beautiful country with its wonderful people.

Dr Soeren Keil is Reader in Politics and International Relations, and has been working in Myanmar since 2016 as an expert supporting democratization and federalism reforms.

0 comments on “A military coup in Myanmar – Back to square one?”