News > Alumni updates > A nostalgic look back at C4! 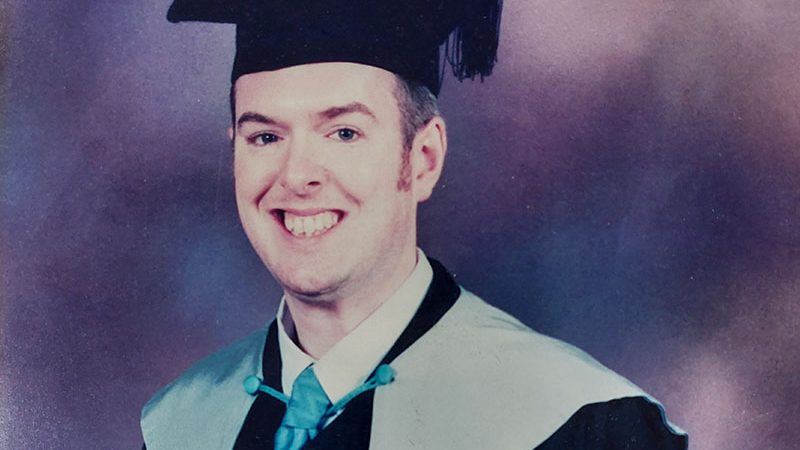 Tim Slight (BA/BSc (Hons) Information Technology with Business Studies 1999) is looking forward to a reunion trip back to Canterbury later this year as he celebrates a milestone birthday. Ahead of his visit he shares his incredible career journey from engineer to entrepreneur and some wonderful memories of C4.

‘Born in 1972, my ‘formative’ teenage years were during the 1980’s. Hopefully we all look back on our childhoods with a sense of joy and warm nostalgia, spent trying to breakdance or do BMX stunts, playing ATARI or ‘coding’ on those BBC Micro and Commodore 64 things (more of that to come).

I left the school in 1989 and had a passion for building and engineering so I did the run of interviews for an apprenticeship – British Telecom, British Gas and GEC Avionics – loving aircraft I opted for the latter and started my ‘job for life’.

Three years later with the market on the floor we were all laid off, but in that short time I noted my skills went from highly skilled toolmaking, sheet metal work and mathematics needed to give an accurate and acceptable finish into tightening a series of bolts, pressing the green button and letting the code take over and the machines doing the heavy lifting.

I realised that coding was the future – the coders were the ones in the hot suits, driving the cool cars and NOT covered in oil and Swarfega!

With my love of the 1980’s and those basic coding skills in my head, I signed up to Mid Kent College Chatham and took an Access Course into Computing, this introduced me to more advanced coding, maths, database management.

From there I started at Canterbury Christchurch College in September 1996 and life was never the same, I read Computer Science & Business Studies and loved every minute of it.

I stayed in Lanfranc Northgate, and as a ‘mature’ (i.e I was over 20!) Computer Science student I had both a PC and TV and so my street value rocketed, a popularity I had only ever dreamed of!

In 1999 I needed a dissertation for my final computing project and by chance met a manager from Pfizer (locally based at Sandwich at the time) he invited me in and I ended up writing a plug in for Adobe Reader to batch manipulate PDF’s adding a watermark on them for regulatory review.

I graduated in 1999, but stayed at Pfizer another three years, eventually becoming the IT manager on Clinical teams. This role saw me travel the world America, Canada, Europe to bring IT solutions to drug team problems. I couldn’t believe my luck! I often had a touch of imposter syndrome but looking back our team kept delivering success, bringing many drugs to market.

One of my many roles at Pfizer was teaching the Dr’s and clinicians to use new software of devices we were implementing and I often got great feedback on this. Due to the success and importance of our team and the roles, I was offered a move to New York, but this was 2002 and in the fallout of September 11, 2001 it wasn’t an offer I leapt at.

I left Pfizer in early 2003 and joined the teaching profession in September 2003, initially on the Isle of Sheppey. It was baptism of fire. The classroom environment was nothing like I remembered it and I had to learn fast, but learn I did.

My career has seen me teaching in all manner of schools from the those in need of improvement to grammars, to the schools for those with education or behavioural issues and I have great memories and experiences in all of them, including Canterbury’s own excellent Spires Academy that I served from 2009 to 2012.

I moved to Ireland in 2014 and set up Tiny Techs, to offer children the opportunity to code and get experience of STEM learning. I teach computer science to in both the junior and senior cycles at a school in Waterford.

My reasons for coming to C4 (Canterbury Christ Church College as it was known then) were many. Firstly it did my course, secondly my brother had been there previously and had glowing memories. But it was also close and meant a romance I had with a girl could continue (and it did!!). However the place taught me so much more than subject content and academia.

I have incredible memories of both the University and my time in Canterbury from writing for the Student Magazine ‘Eye Eye’, working at the ‘old’ Student Union (The Buttery) – especially on Spice Girl nights (it was the mid 90s!) being made to do a yard of Ale on our birthday at the Royal Dragoon pub (now gone), DJing at Pulse night at the Penny Theatre every Tuesday night, smoke alarms going off and out into the Canterbury night in pjs and dressing gowns at Lan Franc because someone forgot the cheese on toast was on the grill, working for Brett waste management (Hersden) during the summer of ‘98 – having the World Cup on and the run of the house to myself!

The years have passed quick, too quick!! But my time at C4 still feels like only yesterday, the memories and experiences were so precious in all manner of ways, opening doors to me both professionally and otherwise.’

0 comments on “A nostalgic look back at C4!”

"The years have passed quick, too quick!! But my time at C4 still feels like only yesterday, the memories and experiences were so precious in all manner of ways, opening doors to me both professional and other."