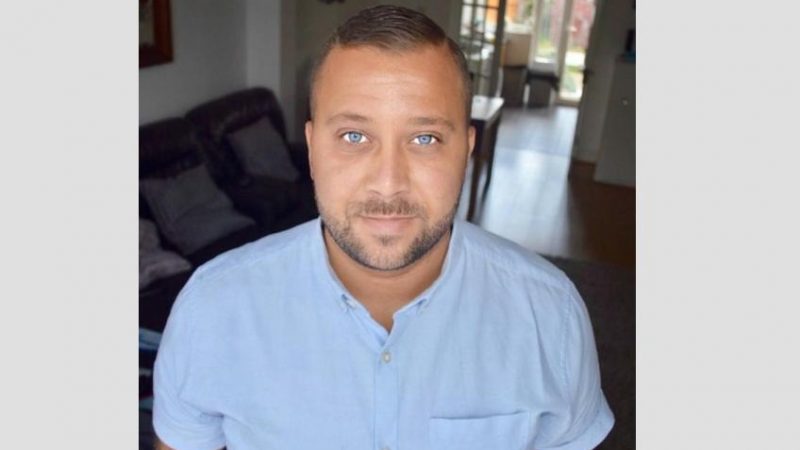 Ben Forbes is graduating with a first in BSc Policing. He is currently a Police Sergeant in Essex, having started his career in policing in London. Ben is passionate about supporting young people, and has also received a British Citizen Award for Services to the Community in recognition of his community liaison work following the Grenfell Tower fire.

Ben says “I grew up in London and never really engaged with education. As an only child, mine was the classic story of the boy who needed friends, who ended up following the wrong friends down the wrong path. I was kicked out of school and put into a sports programme, which was fantastic, but I never received any formal qualifications, so a ‘proper’ education has always been on my bucket list.

I’ve been a Police Officer for seven years, initially working in London on Operation Trident, a Metropolitan Police Service Unit that specialises in gangs and gun crime. I’m now a Police Sergeant in Essex.

I first learned about my course at Christ Church at a policing research conference. I was nervous about attending an academic conference – I wasn’t sure I belonged, but it really interested me. I signed up for the degree straight away! My course at Christ Church focuses on those who are already in the police service, so it equips you to be better at your job and to put theory into practice, which I loved.

My passion as a Police Officer has always been gangs and how we support young people, not just labelling them as criminals or mobsters, but helping them. It was clear to me that simply arresting people only puts a plaster on the problem, so I wanted to look more at what we can to do to help end the cycle of violence, to break that self-fulfilling prophecy. I started the degree because I wanted to understand and learn, and to help young people by putting that academic evidence into operational delivery.

Having no formal qualifications, initially I found studying difficult, but I came to realise that I was putting a lot of those barriers in front of myself. In my everyday life, I’m really positive – I can problem-solve anything! But I was entering a world I had no idea about and I stereotyped myself as just ‘someone who has no GCSE’s’. Christ Church helped me see beyond this and recognise the value of my experience and my professional background.

It was at Christ Church that I finally received the educational support I needed – I talked through some of my issues with the Programme Director, who worked with the Disability team to help fund an assessment for me, and through this I was diagnosed with moderate to severe dyslexia. I had always struggled academically but this had never been picked up before. I don’t want to dwell on the past, but it shows the amazing, individual support that Christ Church gave me. I’m so grateful for that – it’s opened a lot of further support and helped me to reflect on my past. The Programme Director has constantly been there for me no matter what, offering me more than anyone else ever has.

The degree has equipped me with knowledge that I never thought I would understand or appreciate. Working on Operation Trident, I thought I knew a lot about gangs, but this degree journey has showed me how much there is to learn, and opened my eyes to the theory and principles that will help me to make a real difference in my career. It’s already had an immediate effect on my approach to policing, allowing me a deeper understanding of the vulnerabilities that lead to crime and how that cycle works.

I want people to realise that they really can achieve what they want to achieve, and that we can all use education to empower one another. A-Level results day was so difficult for students this year, but it doesn’t all just come down to grades. Academia isn’t reserved for silver-spoon people, it’s open to everyone – it was the best thing I’ve ever done in my life”.