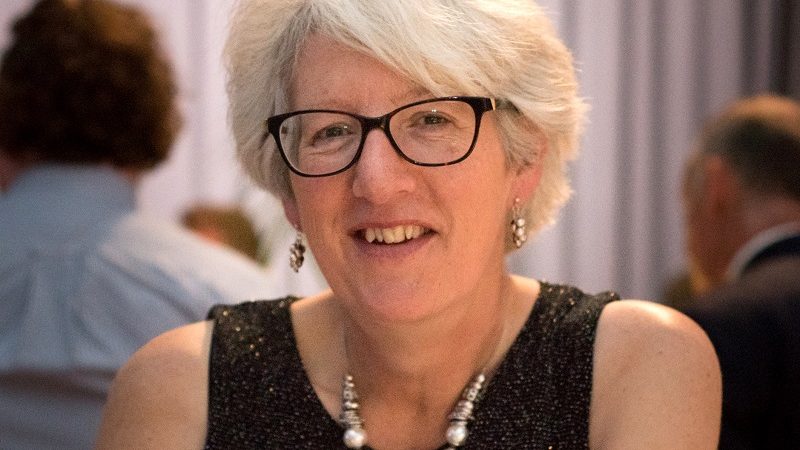 The film is based on true story Inside Out: Escape from Pretoria Prison (2003), written by Tim Jenkin.  Jenkin, along with Stephen Lee, was imprisoned for opposing apartheid in South Africa.  They aimed to escape from their high security prison along with a number of other political prisoners in a manner which, if it were pure fiction, would seem unbelievable (no spoilers here – watch the film!)

Jackie runs Footprint Films working alongside production partner Mark Blaney. She was inspired to approach Footprint after hearing a screenwriter talk about how much material he wrote that was never produced and about the importance of proactively making projects that mattered to you happen.  Speaking to Mark she found a kindred spirit and joined Footprint soon after.

It was through Mark that Footprint secured the opportunity to work on Escape from Pretoria.  Mark met Tim Jenkin 16 years ago and stayed in touch.  He was keen to produce the book as a film and although other producers expressed interest, it was Footprint Films that Tim trusted with the story.

Producing films based on fact rather than fiction isn’t straightforward.  “You’re dealing with people’s lives and need to tell their story with integrity and honesty”, says Jackie.  “It isn’t always easy to get alongside an individual and convince them that you are the right people to produce the film.”

Jackie’s early post-graduate experience working on documentaries means she is well-placed to produce real life stories.  South Africa also features strongly in her work.  Asked why this is, she jokes: ““No idea!  Maybe I’ll do something on the Isle of Wight next.  But South Africa keeps coming up.”  Her short film White Gold, which was filmed in South Africa, has just won the Pan-African Film Festival, making it a contender for the Oscars.

Jackie’s ambitions for Escape from Pretoria, now available on video on demand are, inevitably, that it will do well.  Initial reviews suggest that it will, including a positive review from BBC’s film critic Mark Kermode.  Her ambitions for the future are, at the same time, both simple and profound.  “I just want”, she says, “to have the opportunity to make as many meaningful films as possible.”

0 comments on “Alumna works with A-listers on new film”