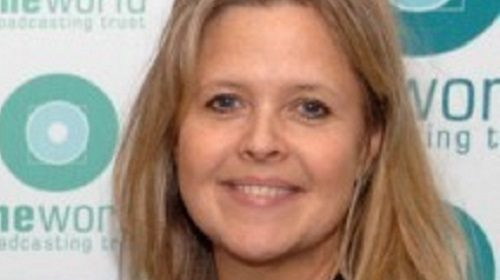 Kate is a multi award-winning documentary Director who has made global films focusing on social issues – child exploitation, abuse, neglect and contemporary slavery – for the last twenty five years.

She has filmed in over seventy countries (often undercover) including China, Philippines, Thailand, Africa, USA, India, Bulgaria, Ukraine and the UK. Amongst her 125 awards are the BAFTA for Best Documentary, 6 US Emmy’s for Outstanding Achievement, the Monte Carlo UNESCO Special Jury Award and the Robert F. Kennedy Journalism Award.

Amongst her most highly regarded films are: The Dying Rooms, China’s Stolen Children, Slavery, Undercover in Tibet, Bulgaria’s Abandoned Children and Ukraine’s Forgotten Children. Kate’s work has led to the closure of institutes, orphanages, prisons, changed laws, released slaves from their slave-masters, halted the US from trading cocoa beans with the Ivory Coast and reduced the use of trafficked children in camel jockeying in the UAE.

Kate was awarded an Honorary Fellowship by Christ Church in 2017.