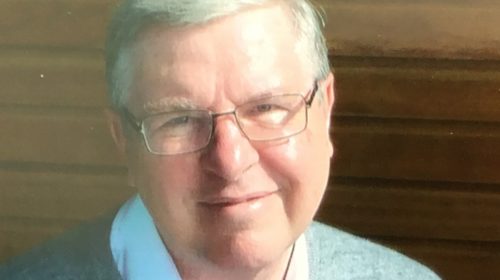 Gordon Appleton, who was a well-known organist and choirmaster across the world, died sitting at the organ of his local church before the service on Easter Day.  He had been diagnosed with cancer.

Gordon lived in Harrogate, but during his lifetime had taught in Jamaica and Australia and was a well-know organist and choirmaster across the world. Held in high regard by the Royal School of Church Music, he served as Director of their Voluntary Networks. He had just returned from a trip to Tasmania when he died.

His loss was deeply felt by alumni of the Class of 1968 when they reunited at Christ Church to celebrate 50 years since they qualified.