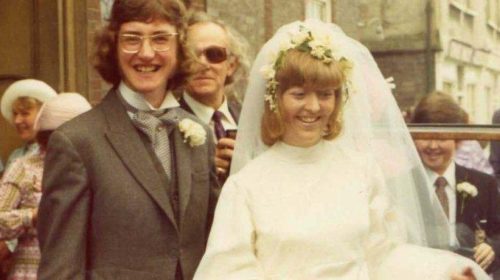 John Callaghan and Penny Fryer met in the first term at Christ Church in September 1971 and were engaged the following January. They married in July 1974 and stayed in Canterbury.

John taught Religious Education in St. John’s in Sittingbourne and Penny taught infants at Elvington Primary School. They had their first child in 1976 and moved to Petersfield Hampshire in 1979 where they have lived ever since. Both retired from teaching in 2012.