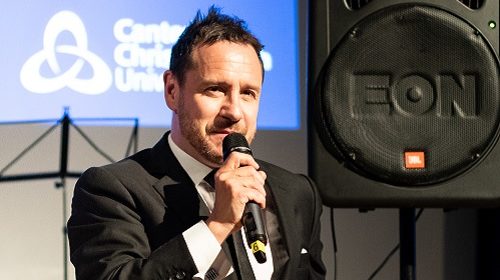 Jon has hosted his own shows on BBC Radios 1, 2, 4, 5Live and BBC 6 Music, written for the likes of Harry Hill, Graham Norton and Stephen Fry, thrown week-mocking jokes at Mock The Week, helped to develop the CBBC hit Horrible Histories (along with co-writing the first five series) and worked alongside Armando Iannucci on both radio and TV. His recent Radio 2 show Jeremy Vine: Agony Uncle’ and his BBC Radio 4 series Listen Against (4 series to date) have both been huge hits with critics and listeners.

Jon co-created the multi-award winning Dead Ringers and was “the short one” on BBC Radio 4’s The Now Show. He also regularly hosts the BBC Radio 4 Extra Comedy Club.

Alongside all this, he hosted the Xfm Breakfast Show in London for three years (where he was twice nominated for Presenter of the Year), and hosted the weekday afternoon show on talkRADIO, which brought a daily satirical take on current affairs. Jon’s coverage of the Westminster Bridge terror attack, live on air as it unfolded, was widely praised.

Jon is the author of four books, the latest ‘A Portrait Of An Idiot As A Young Man’ (“Poignant, charming… a masterclass in comedy writing” – Press Association) was published in Paperback by Orion in 2017. He is also an award-winning freelance travel writer, most regularly for the Sunday Times for whom he travels all over the world. Jon was the first travel journalist to bike the Tiger corridor of Northern India, he’s trekked the Himalayas, swum with blue whales in Sri Lanka, ‘enjoyed’ crocodile hunting with the natives of Papua New Guinea and was once  hospitalised by a colony of sea urchins off the coast of Puerto Rico. His radio documentary Saving Mountain Gorillas recorded in the jungle on the Rwandan / Congolese border earned him a ‘Best Broadcast’ nomination at the 2017 Travel Media Awards.

Jon is also is Managing Director of unusual productions, an independent production company working with both the BBC and commercial sector.