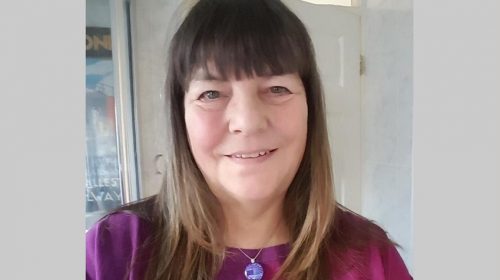 Linda began her career in 1970, working within the Education Department in Maidstone, followed by a role as a Shorthand Typist at the Police Training School. Linda also became Secretary for the Kent Advanced Motorcyclists’ Group.

Linda gained her Masters Degree in 2008, while working as the solo Force Librarian (a post that she held for fourteen years) and gave birth to her daughter a month after her Graduation!

During her time as Force Librarian, Linda submitted evidence to the House of Lords for their Inquiry into the Management of Secondary Legislation in 2005/6 and four of their recommendations were based on her evidence.

Also a member of the Maidstone Area Archaeological Group since 1975, Linda has been its Honorary Secretary for the last twenty years and its Newsletter Editor for the last ten years. She has worked on several excavations, such as at Burham, Wouldham, Cuxton, Snodland and a Roman Building at East Farleigh and is now transferring slides of archaeological excavations into .jpg format.

On her retirement Linda become a volunteer at the Kent Police Museum in Faversham, and is currently working on cataloguing historical police photographs. As well as this, Linda says: “I have an allotment and two cats to keep me busy, as well as our daughter, and I enjoy writing short stories”. Linda has recently revisited a novel that she began working on during National Novel Writing Month in November 2014, and hopes to complete it over the next year!