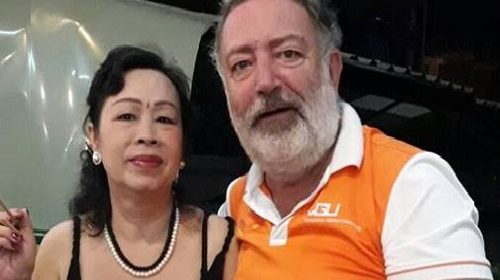 Philip says that after graduating from UCL, followed by the Diploma in TEFL course at Christ Church in 1981, he never looked back.

Having worked for almost a decade in Saudi Arabia and China, followed by five years in Mozambique and shorter periods in the Sudan and Afghanistan, Philip finally came to a halt in the mid-nineties in Vietnam. He now lives in the megacity of Saigon with his wife, two daughters and extended family, including two grand-daughters.

Philip has taught at every level from kindergarten to University but currently works as a teacher of literature at lower secondary level in state schools. He has also developed a side-line career writing about all aspects of Vietnamese culture and heritage, for publications such as the Vietnamese Heritage Magazine, under a number of pen names.

Philip says: “I firmly believe that variety is the spice of life… I conclude by expressing once again my gratitude to Christ Church for launching me on my 40 year teaching odyssey.”