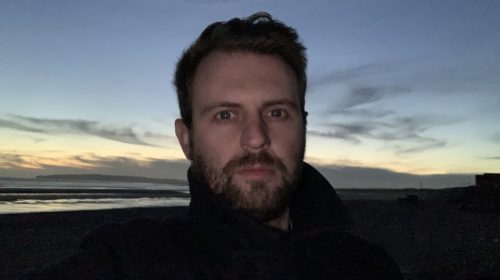 Richard spent a short period after graduating working for the BBC before finding himself a full-time job as a Runner in a production company in London, mainly working on television adverts. Richard says, “this involved making tea for everyone and spending hours copying tapes”, but led to a role as a Production Assistant, where he gained valuable experience about the more organisational aspects of the filming world.

In 2006 Richard helped launch a production company that was newly formed by one of his colleagues, and moved up to Production Manager, gaining more and more responsibility.  In 2011 he secured the role of Producer, being in charge of productions and dealing directly with the advertising agencies and clients.

Richard has been lucky enough to film all over the world, in places like New York, Bangkok, Cape Town, Los Angeles, Kiev, Paris, Dubai and Shrewsbury, and has also had the amazing experience of producing photography shoots with people such as Scarlett Johannson and Gal Gadot.

Richard says: “Advertising has proven to be a very unique way of gaining experience in film making, as most of the time you have somewhere between 6 and 60 seconds to get the story across”.  Richard has made adverts and also produced photography for American Express, British Gas, Vauxhall, Dove, Mitsubishi, William Hill and Etihad Airways.

Richard produced an award-winning short film in 2018 and is working on a number of comedy TV series, a line of work which he’s very interested in pursuing.