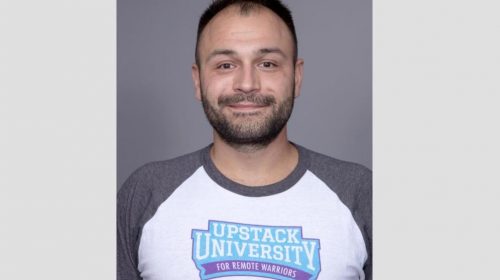 Since graduating from CCCU in 2015, Robert has worked in software, specifically AGILE project management. Robert has worked at Upstack since 2016, progressing from Project Manager to spearheading the creation of the Client Success Department and eventually becoming the Director of the department.

Robert says, “This department became the biggest USP (Unique Selling Point) for our organisation, enabling the company to sustain a 50% increase in revenue through our actions and initiatives.

As Director of the department, I have prototyped and later conducted several large research projects, one of which has reviewed hundreds of hours of client-developer interviews, conducting a qualitative research and extracting data which has started being used to increase the likelihood of developers passing interviews.

I am finding that I am getting to use more and more of the skills that we have been taught in University, and I so pleased to call myself an alumni of Canterbury Christ Church University’’.