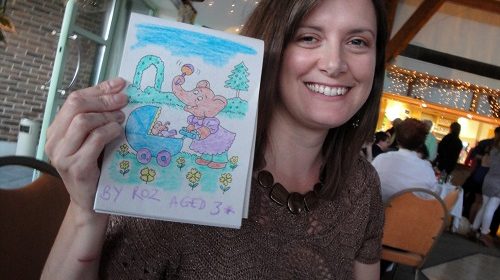 Roz left C4 (as it was back then) in 1996 and returned to her home town, York, to do a Post-Grad Diploma in HR Management at Leeds Metropolitan University. She then got her first HR job in 1997 working for Thomson Holidays in London, recruiting holiday reps. She stayed with Thomson until April 2000 when she got a job as an HR Officer at IPC Magazines. Roz stayed there for 15 years.

Roz says: “Having floated around the outskirts of South London for nine years, I then moved to Tunbridge Wells in 2006 and got married in 2009. We had a baby boy in March 2012.”

In 2015 Roz left IPC (by then, known as Time Inc.) becoming HR Director for communications agencies called AXON and Madano. Two years later, she struck out on her own, setting up her own HR Consultancy, called Helpful HR Limited.