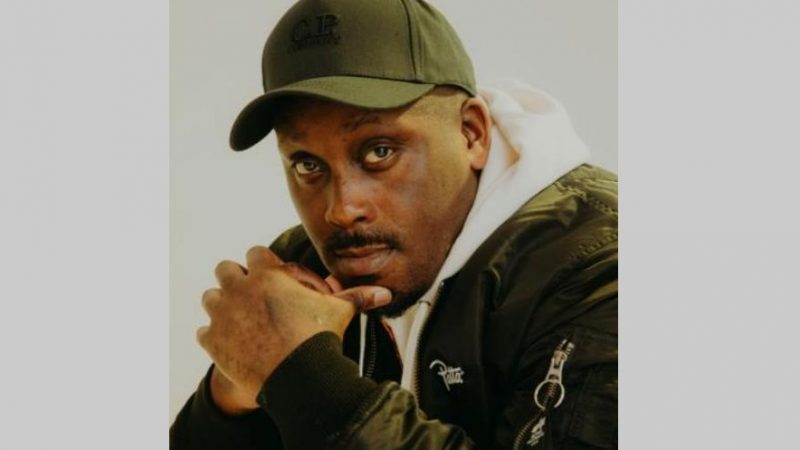 Acclaimed DJ and Canterbury Christ Church University Alumnus, Kenny Allstar, has been named DJ of the Year at the recent Urban Music Awards.

A respected figure in the UK music scene, Kenny has devoted his life to music, radio and DJing since age 13 where he learnt how to MC at a local community centre.

After graduating from the University’s Film, Radio and TV degree course in 2015, Kenny has gone on to work with big name acts and be a champion for the UK rap scene through his popular BBC Radio1Xtra show.

The Urban Music Awards is the biggest celebration of Hip-hop, R&B, Soul, Reggae, EDM, Gospel, Afrobeat, and EDM music in the world. Launched 18 years ago, over 2.7 million music fans voted in this year’s awards, which saw stars such as Beyonce, Ghetts, Dave, Drake and Sean Paul receive honours alongside Kenny.

Kenny said: “It feels amazing to be recognised by the industry. I pride myself on non-stop hard work. From a very early age I would invest in similar equipment used in the practical lessons at Canterbury Christ Church to practice my radio links and get better with time.

“Since leaving Canterbury Christ Church I’ve been nominated for an ARIA for best new presenter, best radio show at the DJ Mag awards, landed two Urban Music Awards for best DJ as well as landing a GRM Daily rated award for best radio DJ. Not too shabby! But in all fairness when I started university, I had to make an important decision on what I wanted to study and Film, Radio and TV was the best route for me at the time and I have no regrets. It feels good to be where I am in my career.”

“University gave me a lot of social confidence. If I’m completely honest, I had been doing radio long before I walked into Canterbury Christ Church, so I suppose I had a head start, but socially I was a little awkward. So, I learnt how to work with people better at university. Overcoming group work challenges made me better at working with a mainstream production team and those experiences are priceless.” Kenny Allstar

Before he was 18, Kenny was presenting on Deja Vu 92.3 FM. He also presented on London’s Radar Radio and Reprezent Radio.

In November 2017, whilst he was studying at Canterbury Christ Church, he started guest DJing for BBC Radio 1Xtra via a Residency. This led to being offered his own Friday night show on the station, taking over from the legendary DJ Semtex in October 2018.

“My advice to anyone trying to breakthrough is never deter from the plan you set yourself,” said Kenny.

“When I was in my first year at university, I would set out a five year plan of where I wanted to be when I graduated. So, whilst studying I was getting the wheels in motion of what radio stations I wanted to be on and perfecting my radio demos to send through. In this industry you need to find your USP. Ask yourself, what can I bring to the industry that’s missing? Once you’ve grasped that thought process, you’ll be on your way.”

0 comments on “Alumnus Kenny Allstar named DJ Of The Year”