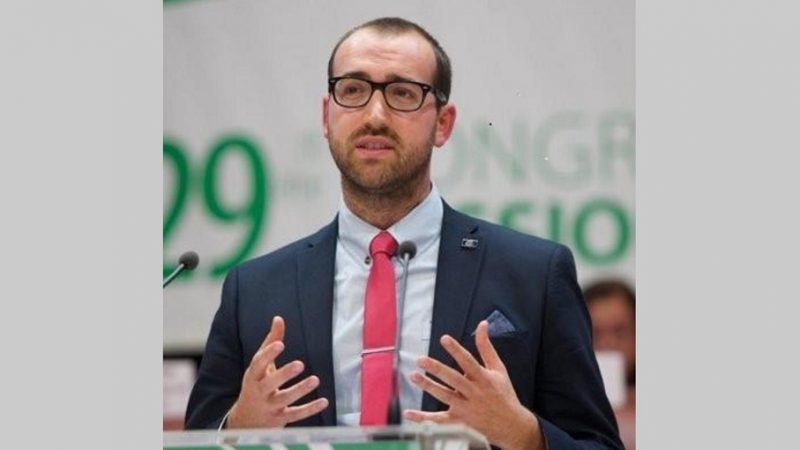 Liam Preston BEM, graduate of BA (Hons) Film, Radio and Television Studies, 2008, has just been awarded the British Empire Medal for Services to Young People.  How did an FRTV graduate win such an award and what role did his time at Christ Church play in his success?

“I thought when I went to University, I would do IT”, says Liam.  But it was my Step-Dad who persuaded me not to.  He said “You don’t want to be stuck in front of a screen all day”, which is funny, because that’s how I spend most of my time now.”  FRTV sounded like an interesting alternative, so with Canterbury Christ Church close to home, Liam decided to apply.

“I loved everything about the course”, he says.  “The mix of theory with practical was great, because I’m a doer.” Liam’s favourite area of study was radio so when, at the end of his first year at University, Christ Church and the University of Kent got a licence to set up a radio station, he volunteered to get involved. “Nobody went for the role of Station Manager”, he says. “It was suggested to me that I do it and I got elected. So there I was, managing the first student community radio in the country. In my course, I was focusing on film, and out of the University I was practicing radio.  It was just the best time.”

Liam also volunteered in the Students’ Union. After graduation, he ran for the role of President.  “I think it’s fair to say I was the underdog”, he says.  “But, we did a very smart and tactical campaign – my first experience of campaigning really. When the results were announced there were 400 or 500 people in the hall all supporting my opponent and about 15 who were supporting me. It went dead silent across the hall and then our corner just erupted.”

It was through working as SU President that Liam discovered how policy could really change people’s lives and how it could be a real force for good.  Making a positive impact through policy became his passion.  Two years as SU President was followed by a Masters in Politics. Liam became a trustee of the British Youth Council, campaigning for better policies for young people both in the UK and within Europe. Still in his 20s, he became the charity’s Chair, the national face of the organisation, lobbying ministers in Parliament and appearing in interviews on both television and radio. At the same time, he struggled to get a job because while he had a lot of voluntary experience, he was up against candidates who had years of experience on the job.

Liam’s opening came when he was recruited by YMCA as a Parliamentary and Policy Officer. After six months with the organisation, his manager directed him towards communications sensing that this, rather than policy, was where Liam’s true skills lay.  Liam is now YMCA’s Head of Communications. “In this context, my degree now feels so relevant”, he says.  “Every now and again, I’m able to actually create and edit the videos that are made about YMCA, rather than outsourcing them, and the whole broadcasting training I have had really helps me to tell stories and weave a narrative through our communications.”

Liam says he doesn’t know exactly why he was nominated for the BEM – award recipients are not given details of why or by whom they were nominated – but he believes that the voluntary contribution he made to the British Youth Council and also to the UK Youth Parliament, may have played a large part in his nomination.  Volunteering remains important for Liam, who is currently a Governor at a local primary school. Following the loss of one of his daughters at birth, he has also been deeply involved in the baby loss community. Working with another bereaved father, he has recently launched a podcast Dads Still Standing in which the two talk about their experiences of losing their children to provide support to other fathers going through this trauma.  The podcast, which is easily available on Spotify and Apple, has already had more than 600 downloads.

“Volunteering is hard work”, says Liam “involving hours of time often away from the family. But, having the Queen and country recognise you in this way is such an honour.”