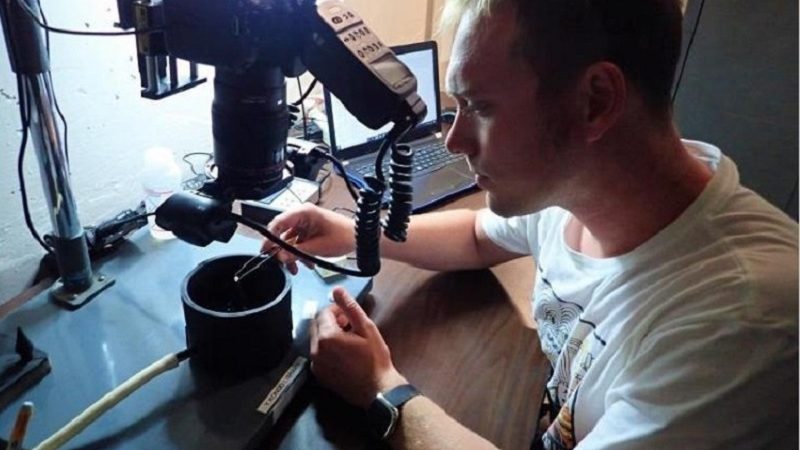 Chris made the discovery during his PhD studies at Christ Church which focused on the Shining Ramshorn Snail – a rare freshwater snail found in Kent. It was whilst comparing the genetics of UK populations to populations across Europe to inform conservation of the species that Chris stumbled across an entirely new species.  He hopes to submit his paper on the discovery to journals for publication later this month.

We asked Chris why he liked snails – the traditional bugbear of gardeners – so much. Chris was clear that as an integrated part of our ecosystem, snails bring many benefits: they eat waste, turn over soil, clean plants of fungal infections (when they are not eating the plants themselves!) and clean water. As for discovering a whole new species, Chris was characteristically low key. “It was pretty cool”, he says.

Find out more about what Chris has been doing since graduating.