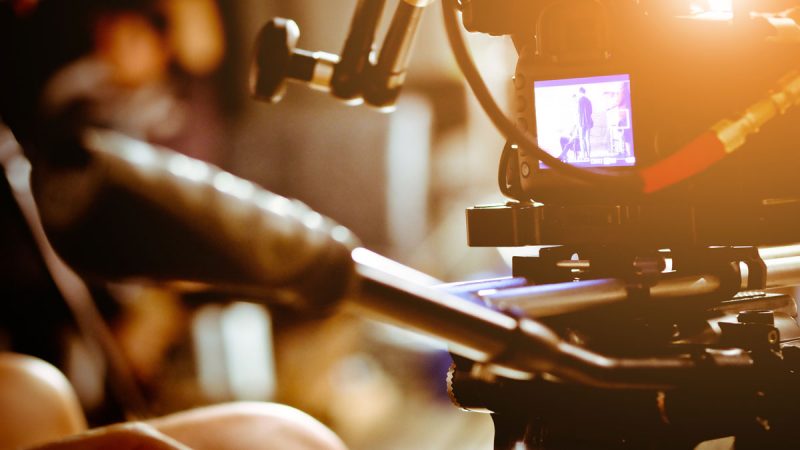 Students have been using their creative skills to help businesses affected by the coronavirus pandemic.

Third-year Film, Radio and Television students Alexander Luscombe and Mitchell Taylor filmed for independent coffee shop Micro Roastery in Canterbury, to remind customers of their takeaway coffee service as well as the delivery of stock.

The video has reached more than 2,000 views on LinkedIn and the duo are expanding their work to help a business in Bexhill, as well as filming a music video for an upcoming artist.

“It was a mutually beneficial opportunity to pursue as it allowed both Mitchell and I to demonstrate our skill set as well as help promote a local business affected by Covid-19.

“Micro Roastery is one of my favourite businesses that I grew attached to during my time studying in Canterbury. We want to collaborate with others too in these testing times” Alex said.

Speaking about his time at Christ Church, Alex added: “My time at the University has been very valuable. Without it, I would neither feel as confident as I do now behind the lens, nor would I have built such strong connections with fellow film-makers such as Mitchell Taylor and others. It has allowed me to pursue my own areas of work such as freelance photography and videography.”

Micro Roastery Owner Nick Chasteauneuf, said: “Every little helps during this time and the video Alex and Mitchell made was professionally crafted. I appreciated that they did it for nothing too.”

Third-year student Alex Durham, has just finished a combined degree in Film, Radio and Television with Drama. Alex shot and edited a short video for food and drink establishment Don Juan, based in the Dane John Gardens in Canterbury, who have been offering takeaway food and drink during lockdown.

Alex has also created videos for the University’s Performing Arts programme, along with a film for the Whitstable Umbrella Centre’s Community Dinner Fund, in partnership with Food Friends project, which make and deliver free weekly meals to vulnerable people and families who are struggling during the Covid-19 pandemic.

Reflecting on her time at Christ Church and voluntary work, Alex said: “I chose the course and fell in love with the camera. I’ve been doing lots of freelance videos and I’ve been really busy.

“The lecturers have been really helpful at Christ Church, especially Tim Jones, who put me in touch with the KM Charity group, which was my first freelance project, as well as Chris Price.”

Find out more about Film, Radio and Television at Christ Church.