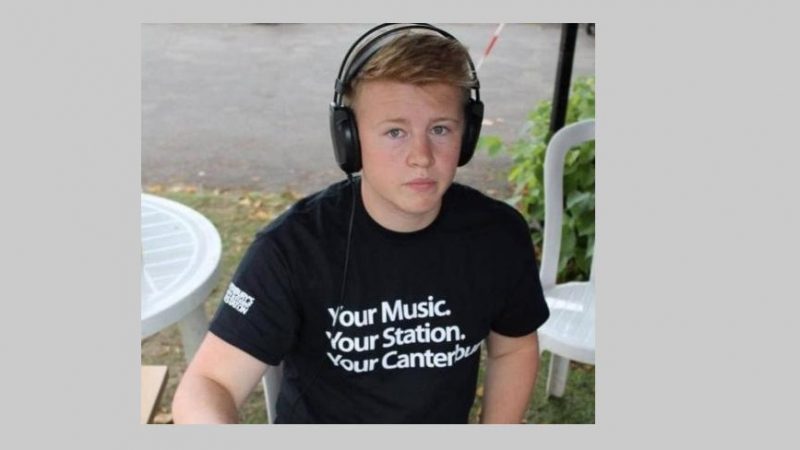 Jake Peach (BA Hons FRTV – 2018) came to Christ Church to study knowing that he wanted to get into radio. His dream was to get into the BBC and he knew it would not be easy.

The first thing people told Jake about radio was that, like any other job he needed to get hands-on experience.  So, on his first day at University, he signed up to CSRfm – the student and community radio station for Christ Church and University of Kent. He says: “it’s vital to learn the theory that underpins the subject but there is nothing better than getting practical experience.”

Jake used his first year to settle in like any student would but volunteered as much time as I could to present shows. Then in his second and third years, he took on more responsibility by taking on managerial jobs, overseeing daytime programmes and then becoming Station Manager for his final year. He says: “It was a big task to try and juggle running a station alongside my degree, but it was worth it and taught me a lot about working within a team and accelerated my overall understanding that there is more to radio than what you hear coming out the speaker.”

Nevertheless, as he got closer to graduating, Jake knew he needed some real-world experience of the industry. Attempts to make contact with BBC Radio Kent by email got nowhere. Luckily whilst working with CSRfm at the end-of-year Summer Ball at Christ Church, he met another member of the team who happened to have a brother that worked at Radio Kent. This enable Jake to get his emails read and then he got his chance.

Once the door to BBC Radio Kent opened, Jake says: “I shadowed at any opportunity they gave me, whether that meant getting up at 4am for the early shows and then making it back for lectures or whether it meant giving up my weekend… I was THERE.” After shadowing for a number of programmes, Jake was offer his first shifts to work freelance at the station around my studies. He says: “My first shift was in at the deep end on New Years Eve, keeping the station on-air with nine hours of pre-recorded programmes, followed by working on a three-hour live programme through to 1am. Yes, this meant I gave up my New Years Eve, but I’m certain that it put my name in people’s minds and showed I was dedicated and passionate, which is what bosses look for.”

Following his graduation, Jake moved back to Essex and, as a result of his work with Radio Kent, managed to pick up some work at BBC Essex. Again this work was initially freelance, saying yes to pretty much any shift that came my way, but when a full-time contract came up after about six months, Jake got the job. More recently, Jake has secured some work on BBC Introducing in Essex, producing the show each week and helping the presenter to broadcast the show.

Jake says: “My ultimate aim has and always will be to present radio full-time but it’s very difficult to get your break, with an unfortunately ever-shrinking industry. But by working in production, I’ve picked some invaluable skills and absorbed as much information as I can. It’s very easy to get quite depressed and put lots of pressure on yourself, because you haven’t reached your ultimate aim that you set out to do. But patience is a virtue and essential in this business and the saying, ‘good things that come to those who wait’ couldn’t be more true.”

0 comments on “Jake makes it happen!”