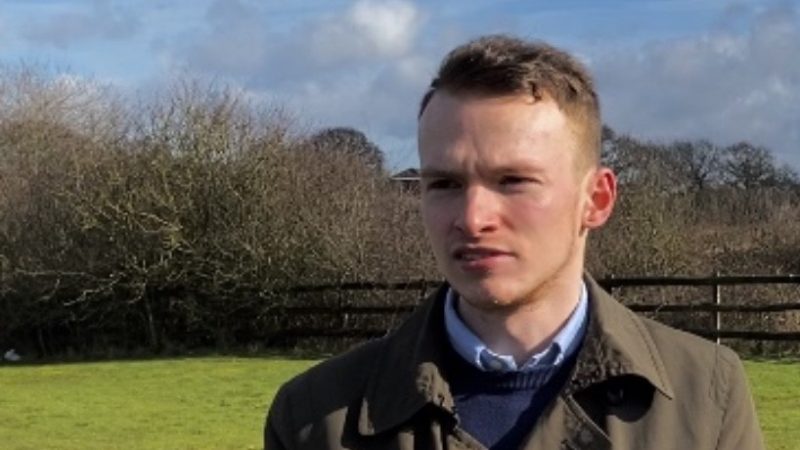 We are delighted to announce that Joe Harbert, alumnus of BA (Hons) Multimedia Journalism 2020, is this year’s winner of the national Broadcast Journalism Training Council (BJTC) Award for Best Online News Site 2020.

Joe won the Award for his site: Grassroots Football in Kent: the challenges facing those at the bottom of the sports pyramid .

The BJTC Awards is one of the most prestigious competitions for student journalism in the UK. BJTC partners include some of the biggest names in journalism such as the BBC, ITN, Channel 4, Sky News and Global.

Joe started the work on Grassroots Football in Kent as part of a third year module for his BA in Multimedia Journalism. Lecturer Graham Jones was so impressed with the work that he suggested that Joe submit it for the BJTC Awards.

Joe got the idea for researching the particular disadvantages suffered by Kent football whilst undertaking freelance work for KentOnline. This leading media outlet in Kent had actually “headhunted” Joe during his second year, having seen some of the work he had produced online for Unified.

Undertaking a lot of sports coverage brought Joe into contact with football coaches and managers across the county. Repeatedly, he heard the same stories, such as a lack of facilities, or well-established academies through which to channel young talent. Kent’s lack of footballing profile compared to neighbouring counties such as Sussex and Surrey was marked.

Finding out he had won the award was a little surreal for Joe. Because of COVID-19, it wasn’t possible for the BJTC to hold their usual public awards ceremony, so he found out that he had won through a livestreamed ceremony hosted by presenters at BBC Birmingham. After the winners had been announced, there was an opportunity to network with presenters and other award nominees and winners via Zoom. “It was a fabulous opportunity,” says Joe. “It’s a national award that’s going to be near the top of my CV for a long time to come.”

Joe is now studying for a master’s in sport journalism after gaining his first class degree as an undergraduate. As he thinks about his long-term future, he is becoming equally attracted by the prospect of working in broadcast journalism, alongside print and online. He has a particular interest in local and regional broadcasting. “It’s purer”, he says, “so much more chance for face-to-face coverage of stories.” And we have a feeling that we will be hearing much more about Joe’s own story too, in future.