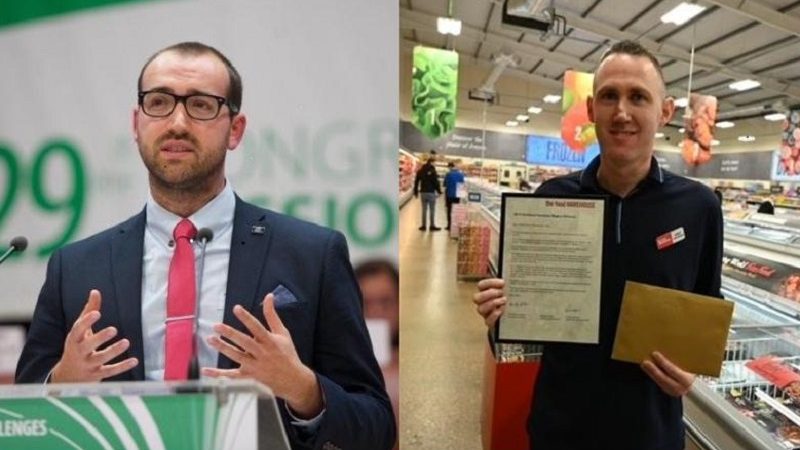 We are delighted to announce that two of our Christ Church alumni, Liam Preston and Casey Abbott, have been awarded the British Empire Medal in this year’s Queen’s Birthday Honours list.

Congratulations go to both our FRTV and Business Studies graduates:

Liam Preston BEM, alumnus of BA (Hons) Film, Radio and Television Studies 2008, and former Christ Church SU President, has been awarded the British Empire Medal for Services to Young People. Currently YMCA’s Head of Communications, Liam and has made a huge voluntary contribution both to the British Youth Council, first as Trustee, then Chair, and the UK Youth Parliament, campaigning for better policies for young people both in the UK and within Europe. “Volunteering is hard work”, says Liam “involving hours of time often away from the family. But, having the Queen and country recognise you in this way is such an honour.”

Casey Abbott BEM, alumnus of BSc (Hons) Business Studies 2005, has been awarded the British Empire Medal for Services to Retail. Since graduating, Casey has worked in a number of management roles for high profile retail companies such as Clinton Cards, Asda and Morrisons. Casey is currently Store Manager for Food Warehouse, one of the larger scale supermarkets run by Iceland, successfully managing an outlet that won a company award for the best retail store in the South. In the early stages of the Covid-19 pandemic, Casey came up with the idea of priority opening to support the elderly and people in need – an approach which was then imitated by so many other stores around the country – as well as galvanising additional support from the local community.

Many congratulations to Liam and Casey. We believe they both truly deserve their BEM awards!