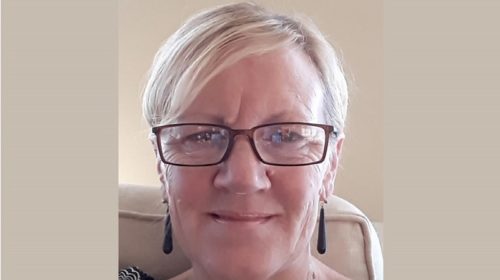 Helen left teaching in 1986 to join the Women’s Royal Navy Service (WRNS), as an Instructor Officer.  She says: “After I  completed my eight year commission, my husband and I  moved from the South East to the Midlands. I did some supply teaching and then got a position in personnel and training with Tarmac. Shortly after that I was offered a job as Training Manager with Magneti Marelli, part of the Fiat group and two years later joined Lucas Aerospace, a company that was acquired four times during my tenure (and is now called UTC Aerospace Systems)

“I moved to Charlotte,  North Caroline as Director,  International Compensation and Benefits, of Aerospace in 2004. It has been the most fabulous move, and one that my husband and I, are always pleased we made. We became US citizens in January 2011 and now hold both US and UK passports.”

“I “retired ” from Areospace in 2015 but moved to become VP, Talent Management, for Sealed Air Corporation, (the Bubble wrap people) to help them transition their corporate HQ from New Jersey to Charlotte. Twelve months later, due to family health issues I made the decision to retire. But with these problems now largely resolved, I am enjoying the most wonderful retirement in beautiful South Carolina.  Life is good. “