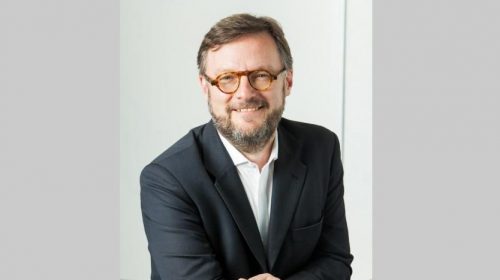 After Christ Church, Mike joined the BBC as a graduate trainee Studio Manager (radio sound engineer) at the BBC World Service. He stayed at the BBC for 18 years – eight years as a Studio Manager before becoming Operations Manager for Africa and the Middle East and then looking after the technology and distribution strategy for World Service. At some point during this period, he also gained a MBA.

From the World Service he moved to be Head of Strategy and Planning one of the BBC’s commercial divisions, BBC Technology, which involved working on business and technology strategy as well as marketing and advertising what was to become Freeview. After a stint back in World Service as Head of Operations, he moved to BBC News as Head of Programme Support.

In 2005 Mike spent five amazing years in Dubai as CTO at OSN, a pay-TV platform. He returned to the UK in 2010, joining Technicolor Broadcast Services (now part of Ericsson Broadcast Services) as Vice-President of Global Operations before moving to Sports Information Services in 2012 as Director of Technology and Operations.  In 2017 Mike spent a few months consulting with ITV on their new pay-per-view service before embarking on a new adventure and move to Hong Kong as CTO at Fox Networks Group Asia Pacific. Whilst in Hong Kong, Mike somehow still managed to make time for his music, singing in Hong Kong’s St John’s Cathedral Choir and with the Hong Kong Bach Choir.

Mike has recently moved back to the UK, as CTO for Outernet Global, a new cultural and immersive entertainment (music, film and arts experiences) and advertising venue built around the largest 8k resolution screens in the world. The first of these is currently being built at London’s Tottenham Court Road and Mike is responsible for the technology and media operation for this new ground-breaking venture.