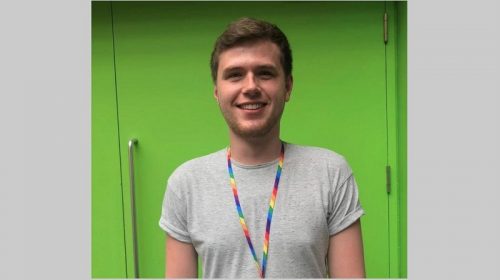 Immediately after his graduation, Samuel started work as a Cell Culture Technician at Abbott Diagnostics, a global company providing in-vitro diagnostics and instrument systems. In 2015 he became a Research Scientist at Kesios Therapeutics, a UK-based biotechnology company which developed novel therapeutics for the treatment of multiple myeloma and other cancers.

Sam’s next move in 2017 was GammaDelta Therapeutics, a company formed to revolutionise immunotherapy and improve outcomes for cancer patients based on the immune-modulatory potential of gamma delta T-cells.

Now Sam is with GammaDelta’s daughter company, Adaptate Biotherapeutics, where he is a Scientist and Laboratory Manager. His current role entails a wide range of laboratory techniques including but not limited to extensive cell culture (including those derived from human tissues), biochemical assay development and characterisation of antibodies in a biological setting with aim of progressing next generation immunotherapies to the clinic. He is also responsible for the facilitating daily operations within the lab.

Sam hopes that, one day, he will see to see a drug candidate that he has been working on as part of a team progress from early stage discovery through to the clinic and become a real therapeutic to benefit to patients.