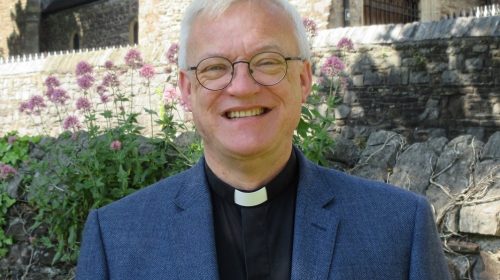 Ian graduated with a BA (Hons) in Education and Religious Studies at Christ Church in 1985. He began his career working with ex-offenders in a half-way house (inspired by a course in his final year on ‘Deviance and Delinquency’), before working in tax, first with the Inland Revenue and then a firm of accounts. He trained for ordination at Lincoln Theological College and a Master of Divinity degree from Nottingham University. Ian is currently Dean of Newport, appointed to the post in May 2021, where he leads Newport Cathedral in its mission and ministry.

Education has remained an important aspect of Ian’s work and philosophy. He has worked with 19 schools, including governorships. While at Christ Church, he was a Chapel Warden and one of the chapel organists. He also chaired the nightline listening service – in its infancy then, as well as driving the minibus for choir trips and various sports teams and pulling pints in the student union bar.

Ian is a spiritual writer and director and publications include three books of prayers: Prayers for All Occasions (SPCK 2011), Intercessions for Years A, B & C (SPCK 2009) and Intercessions for the Calendar of Saints and Holy Days (SPCK 2005). His most recent book, Follow me: living the sayings of Jesus, was published by Sacristy Press in 2017. He has written a hymn based on this – Christ The Saviour. Details of all publications can be found here.

Outside of work, Ian enjoys walking, photography, film and theatre.