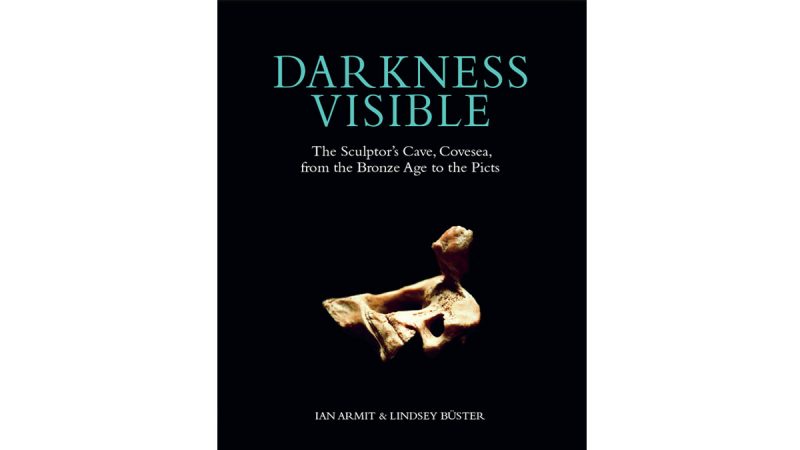 A book that reassesses a Scottish cave’s history and reveals a new understanding of prehistoric death rituals has won Scottish Research Book of the Year at Scotland’s National Book Awards 2021.

Dr Lindsey Büster is a Lecturer in Prehistoric Archaeology at Canterbury Christ Church University. Funded by Historic Environment Scotland, she has co-authored the book, Darkness Visible: The Sculptor’s Cave, Covesea, from the Bronze Age to the Picts, with Professor Ian Armit, Chair in Archaeology at the University of York.

Dr Lindsey Büster said: “We are thrilled that Darkness Visible has won the Research Award in Scotland’s National Book Awards 2021. The archaeology of the Sculptor’s Cave has much to teach us about life and death in prehistoric Scotland and beyond. This award is testament to the important role of archaeology in telling those stories about the past which have the power to move us in the present. Thanks to our funders, Historic Environment Scotland, our publisher, the Society of Antiquaries of Scotland, and everyone who contributed to the project.”

The Sculptor’s Cave is one of the most enigmatic prehistoric sites in Britain. Located in Scotland’s Moray Firth, the cave is cut off at high tide and difficult to access. The authors of the book, published by the Society of Antiquaries of Scotland, used innovative methods and new techniques to re-examine the results from earlier excavations in the 1920s and 1970s, offering new understandings of a complex history of funerary and ritual activity from the Late Bronze Age to the Roman Iron Age, as well as placing the site in its wider British and European context.

Scotland’s National Book Awards are presented by the Saltire Society, one of Scotland’s leading supporters of culture. For over 85 years they have been committed to every part of Scottish life, inspiring culture and provoking responsible debate for contemporary Scotland. Their awards reward excellence in literature, publishing, housing and art in public places.

0 comments on “Archaeologist wins Scottish research book of the year”