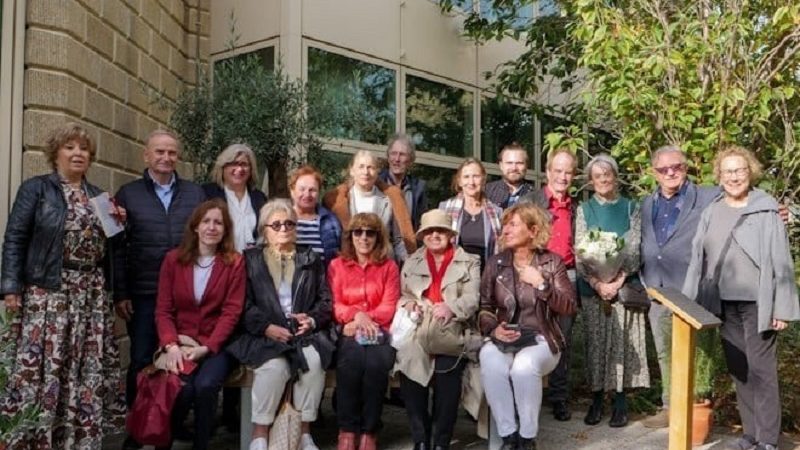 More than 50 people, including faculty colleagues, the Pro Vice-Chancellor and Dean of the Faculty of Arts, Humanities and Education, Lynnette Turner, and the Charge D’Affaires of the North Macedonian Embassy in London, came together with Goran’s widow Pat Marsh, for a dedication ceremony for our former colleague Goran Stefanovski, who very sadly passed away suddenly in 2018.

Goran was an internationally renowned playwright and screen writer who was a Senior Lecturer in the School of Creative Arts and Industries and had been at the University for 16 years before his untimely death. He was a great public intellectual and an inspiring educator.

Goran wrote over 30 plays for theatre, radio and television and a dozen television serials and film scripts. He was the School’s most celebrated European public intellectual, holding awards from several European universities and membership of a pan-European think tank the European Council for Foreign Relations.

At the ceremony, a bench was dedicated to Goran’s memory, along with a plaque constructed by the University featuring some of Goran’s writing and a Mediterranean garden space outside the Powell Building, and Pat Marsh gave a reading of his work.

A reception was held in the Daphne Oram building after the ceremony.

Event organiser Dr Ken Fox said: “It was wonderful to see so many of Goran’s friends and colleagues from inside and outside the University come together with his widow, Pat, to share this space of tranquillity and inspiration dedicated to Goran.”

We would like to thank the Macedonian Society in the UK, who paid for the erection of the bench.

0 comments on “Colleagues gather at dedication ceremony for Goran Stefanovski”